Today I have two exciting announcements.  The first is that I’m introducing my new Summer Guest Writer series.  This summer, from time to time, I’ll be handing over the keyboard to some talented voices who will be giving us fresh home and garden inspiration.

Secondly, my dear brother Dan (aka “The Mad Scientist”) is our first guest writer!  I cannot think of a better way to kick off my new series.  Besides always having a DIY project or two going on at his own house (including his amazing dining room remodel), Dan did the window trim in Mom’s sunroom, built my beautiful vintage-inspired greenhouse lights and, more recently, built the perfect corner cabinet for our laundry room remodel.

But right now he is sharing the DIY rebuild of his vintage garage – which he did on a budget with reclaimed materials.  Don’t miss the before and after at the end!

So without further delay, here’s Dan:

My sister thinks of me as somewhat of a mad scientist, but I’m also a homeowner and occasionally I find myself mired in the tedium that all homeowners face from time to time.

So one day I saw what looked like a little dry rot at the left corner of my garage door frame. Upon closer inspection, I realized the whole front facade was rotting and had to be replaced.

I was looking at two months of nights and weekends working on this. I could have just hired someone but, knowing I was handy enough to do this myself, my frugality won out.

Also I thought it would be fun to give the garage a facelift rather than just replace the rotted lumber.

I began searching the web for images of late Victorian and early Craftsman style houses and garages looking for designs or specific design elements I liked.

Once I had several ideas in my head, I started sketching them up. After several re-designs, here’s the plan I came up with:

Once I had a plan I liked, it was time to develop a shopping list and see what building materials I might already have left over from previous projects.

The plan changed a bit when I realized the old garage door was a custom size. Rather than spending extra on a custom door, I decided to adjust the size of the opening. Losing only 6 inches on each side saved me about $350. I can live with that.

With all my building materials and a new garage door ready for installation, it was time to start the demolition. Some people love demolition, but I find it irritating and hazardous. But the dry rot hadn’t evolved into toxic mold yet, so…yay!

After relieving the tension on the old garage door counterbalance spring (those suckers could take your hand off if you’re not careful) and relocating a light switch, it was time to put on a dust mask and go at it with a sledge and crow bar.

Sometimes you find interesting things while doing demo. I discovered that the original door spanned the full width of the garage. The previous owner probably had to replace the door, and in doing so made the opening more narrow. It was this previous remodel that was rotting away.

The original lumber that the garage was built with was still in pretty good shape after 110 years. Only the old door trim was beginning to rot. It was pretty easy to replace.

Originally it was probably a double sliding door or a pair of bifolds, maybe something like one of these:

I also found copper framing nails in some places. I never knew such a thing existed.

Assembling the new door sections, tracks and tension springs turned out to be a two-day project. The assembly instructions said I should expect it to take 5 hours.

The amount of hardware that comes with a new garage door is incredible. 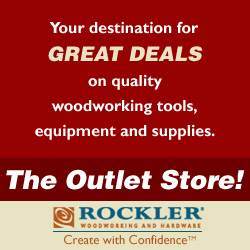 With Fall rapidly approaching, I decided to turn my attention to getting the siding and windows installed.

I needed two different kinds of siding, two windows, a little bit of tongue & groove beadboard, and some trim. I decided to go with PVC for the beadboard and trim. That stuff never rots. But I wanted the windows and siding to look like they were original to the garage.

Time to start poking around the salvage shops.  I wanted traditional lap siding for the sections on either side of the door, and cedar shingles for the gable section. I found both for less than half the price of the big box stores.

The shingles were unused, unpainted leftovers from a job someone over-estimated. The lap siding had nail holes and peeling paint but, for the price, I was willing to do a little sanding and scraping.

I bought about 25% more than I needed but, due to splitting and other flaws I didn’t see when I bought it, it was just barely enough.

I also bought two windows at the salvage shop. They needed to be trimmed down a bit to fit between the existing studs, but they were in fine shape and required far less work than the siding.

Even the old paint color worked for me.

Now I had to do the beadboard at the gable above the windows. I made a template out of scrap wood to make sure the fitment was spot on. Then I glued the sections of beadboard together.

Once the glue set, I marked it with the template and cut it down to size. It fit perfectly! The weather took a turn, so I had to put off the spackling and touch-up painting, and instead work on installing the garage door opener.

I was blown away by the features available on openers these days. I didn’t need WiFi connectivity or Bluetooth, or alerts sent to my iTelphone, but they still make good old fashioned “push a button and it opens and closes” garage door openers.

They just make them better now.

I got one with a DC motor so it can open slowly at first and then speed up instead of just jerking the door open.  That’s easier on the mechanical components of the opener and the door. It’s tiny but powerful.

My original design called for a lantern on either side of the door, but those lanterns would have been right at eye level and kind of blinding instead of shining the light down onto the driveway where I needed it.

So I decided instead to look for something like this: The price for one of these new would  break the budget so, once again, my frugality is getting the best of me.  I’ve decided to make my own.  In a previous post, I made a rustic pendant barn light out of a $14 heat lamp, so maybe you’ll see this build in a future blog post.

But right now, summer is starting to roll around again and I have other projects needing my attention. A homeowner’s work is never done.

I wasn’t really looking for a late-summer remodel project, but all in all it went pretty well and there weren’t too many unpleasant surprises. Plus I learned a few things along the way, which is always fun.

Let’s take another look at what I started with.  This was the garage before:

And here it is now:

My design also called for a trellis over the door, but I’ve gotten so many compliments on this from neighbors and passers-by already that I’m going to leave it as-is. Maybe at a later time, if I feel the design is getting stale, I’ll add a trellis and a wisteria to grow on it.  But for now I think this is fine.