Our house was built on a country lane over 90 years ago.  Slowly the city grew in around it, and the neighborhood it sits in now is nothing at all like the one it started in.

Chris and I have always been interested in the history of our house and the evolution of our neighborhood. What were the original owners like?  Why did they choose this location for their house?  And how had our house changed over time?

We’ve been able to locate many pieces of the puzzle, so today I’m sharing the methods we used in finding our home’s hidden past.

Property tax assessors like to keep close tabs on the real estate that they tax.

Starting back in 1937, our county periodically took photographs of every home in the county.  Those old photos are now housed in archives that our state maintains.  For a small fee, we ordered a copy of the 1937 photograph of our house.

(Many of our friends and neighbors with old houses have done the same.  We just refer to them as the “old tax photos,” and we proudly frame them.)

So what did we learn from the photo?  We’d always known that most of the windows on the south side of our house have been replaced, and we could only guess what the original windows looked like.  But there they were in the tax photo – mullioned leaded glass windows.  So now we have a reference in case we ever want to duplicate them.

We could also see that, at the time of the photo, our house was in a much more rural setting.

The photograph came with a copy of an old property record card.  It contained some goodies – like the a sketch of the house’s “footprint,” the year it was built, the home’s condition at the time, and of course some assessment information.

Our city has an extensive online collection of historic photographs and records, mostly pertaining to civic projects.  And while a search of the records didn’t turn up anything on our house specifically, browsing the collection taught us about our neighborhood.

Title reports are pretty tedious, and my eyes usually glaze over after the first page.  But they can contain all kinds of clues about a home’s past.

Our chain-of-title report went back to 1922 when the bare lot was sold as a two-acre parcel of land.

Starting there, it showed every division of the property and every change in ownership – including the names of all former owners.

The report showed that the most recent subdivision of the lot happened in the 1950s.  The timing makes sense since the house next door is of mid-century architecture and sits on land that was once a part of our home’s original lot.

With the information from our report, we headed to the library to look at . . .

Old city directories often list a person’s occupation.  In 1927, when our house was built, the property was owned by a married couple.  By looking them up in an old city directory, we learned that the husband was a plaster contractor.  So this could be why our house has a stucco exterior in a city where the majority of older homes are wood clad. 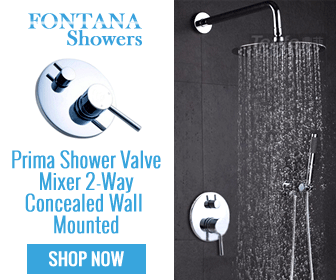 I was thrilled to find out that our city library had scanned our old local newspapers and made them searchable.  From an old obituary, we learned that the couple who built the house came from England.  This might explain why our house was built in the English cottage style.

And it gives context to something we’d found in the house:  When we remodeled our kitchen several years ago, we discovered a closet that we didn’t even know we had.  It had been walled in and forgotten during an unfortunate mid-century kitchen remodel undertaken by the same owner who had subdivided the lot.  Inside the closet was an old wooden coat hanger from England.

That coat hanger is now part of the collection of vintage coat hangers in our laundry room.

Around the mid-1800s, the Sanborn Map Company started creating “fire insurance” maps of cities and towns.  These maps are sometimes available at local libraries.  And the Library of Congress  has a large digital collection.

The Kroll Map Company also keeps an archive of their historical maps.  We got a plat map of our neighborhood from about the 1930s showing the original two-acre lot that our house once sat on – along with the other large lots that made up our neighborhood at the time. Snooping Around Our House

With old houses, something as innocuous as a patch in the plaster can tell a story.

And remodel projects can often reveal clues to a house’s past.  We found more than just that old coat hanger during the demolition process of our kitchen remodel.

But through its little quirks, our house is always talking to us: There is a tiny door in the wall halfway up the basement stairs that opens into a closet that is also accessible from the kitchen.  Upon further investigation, we found the pipe for the original kitchen stove tucked into the back of this closet.  So, the little door halfway up the basement stairs could have been to make it easier to bring coal up from the basement (where the old coal shoot emptied) to use in the kitchen stove.

There is also an old cistern in the ground under our carport.  No doubt it was used for irrigation in the former rural setting.

Talking to Neighbors and Former Occupants

From talking with retired neighbors (including our friend Mr. B) we learned that, in addition to having dairy pastures, our neighborhood was once the site of an experimental orchard.  There is a reason that the old fruit trees that grace many of our back yards are aligned so perfectly with one another!

But one lucky day, we really hit the jackpot:  The nephew of that plaster contractor from the 1920s showed up in our driveway!

He’d actually lived in our house for a short time during his childhood.  He remembered the day his uncle planted the now-huge weeping cherry tree in the front garden.

He also remembered their friendly dog, the couple’s vegetable patch where the house next door now stands, and how his uncle kept a bottle there – hidden from his teetotaling wife.

He remembered big family dinners on Sunday, and he laughed at us because what we were using as our “dining room” was actually just an alcove where his uncle smoked his pipe.  No wonder it is so small!

We convinced him to return with old photos.  One of the photos, from the 1940s, was of the original kitchen – with a large farmhouse table in the middle.  There sat the extended family – enjoying one of those Sunday dinners.  The photo confirmed what I had long suspected:  The original kitchen had been an eat-in kitchen.

The nephew also helped us solve the mystery of the strange little cupboard in the wall behind our laundry room:  It was used to store root vegetables from the garden.

If a house has been around long enough, it’s sure to have seen some sadness.  And while the visiting nephew had only happy memories to share, a neighbor told us a very different story – about a family tragedy that had taken place in our house in the 1970s.

But that is the risk we take when we delve into the past.  Not everything we uncover will be pleasant.  But it’s all part of life.

Did I Miss Anything?

In researching our old house, I’m sure we overlooked some resources – census records for example.  So, I’d love to hear about any research tips you have – or any interesting discoveries about your own old house.

2 Replies to “Finding A Home’s Hidden Past”