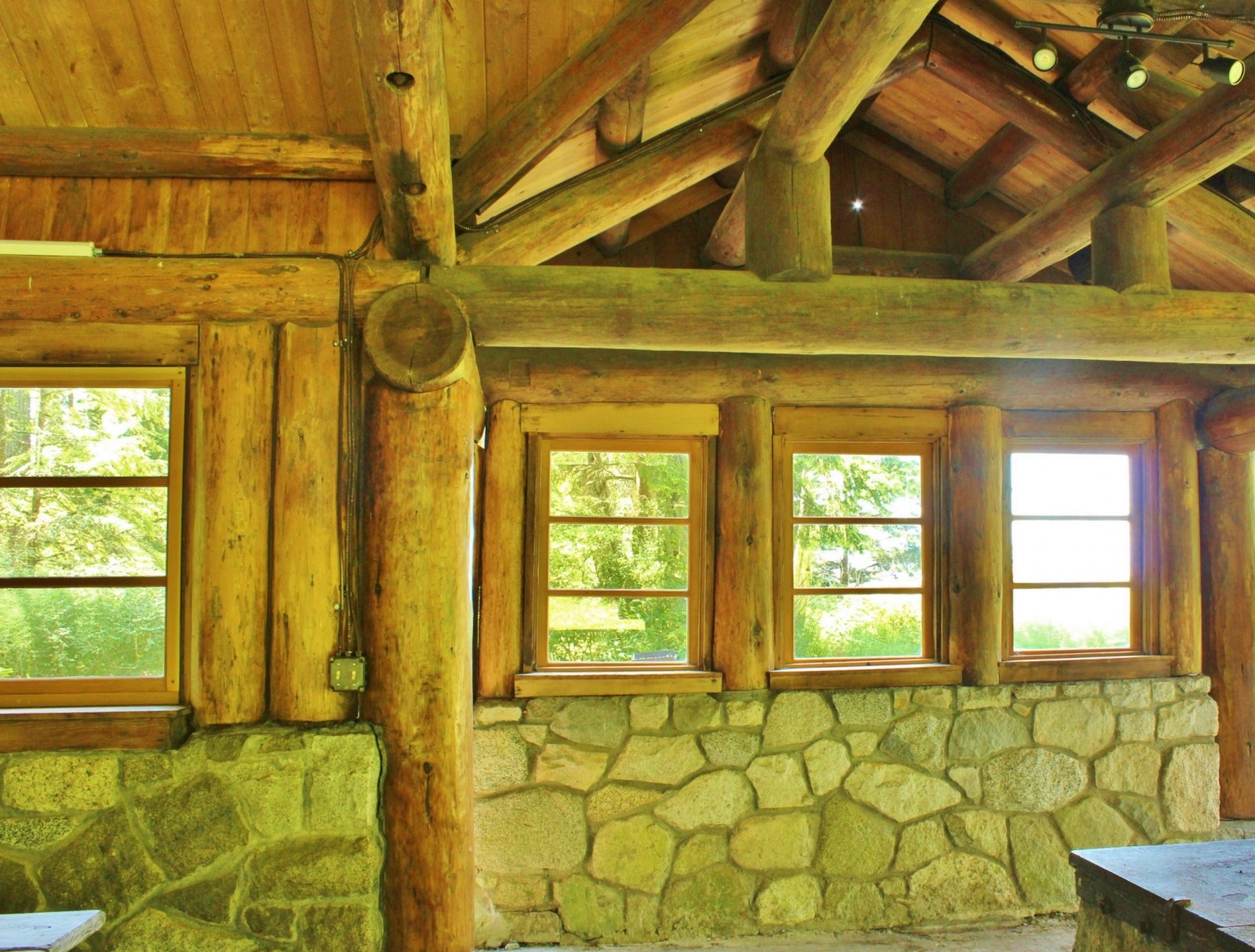 I love it when I stumble upon beautiful architecture in unlikely places.

In my last post, I talked about our vintage Airstream, which we took on a camping trip to Deception Pass State Park.  We camped in the park so that my husband, Chris, could be close to his volunteer work helping with a fish count in Bowman Bay. And while he worked, I explored the bay.  As expected, I found tide pools, sweeping water vistas, seals, and birds.

But I wasn’t expecting stunning architecture with a link to the past. Right there among the clam shells and the picnic benches, a little window into the Great Depression opened for me.  And although I don’t usually post about U.S. history, I hope you’ll indulge me this time. The Civilian Conservation Corps Interpretive Center is a nice mini-museum that, in a nutshell, tells a story of human resilience and of how beautiful things can come from desperate times.

It’s located in a former bathhouse built during the Great Depression. Young men who joined the CCC worked on improving and developing government lands all across the country.  They stocked lakes and planted trees.  They learned valuable skills while constructing roads, canals, and bridges.

They also constructed recreational buildings like this one.  They built them with style, and they built them to last.  I love the heavy stone exterior of this building and the extra little detail of having the stones curve in before they meet the wooden crossbeam. There were a few other gems sitting quietly among the trees.

My favorite was this recently restored – and pretty spectacular- picnic shelter. The amount and the quality of the wood used in this place is staggering.  I can’t image a public picnic shelter like this being built today. For a young man trying to weather the Great Depression, a CCC camp must have been a very desirable possibility indeed.  Workers were given wages, food, lodging, and medical care. Most of the men working in the CCC were young – under 29 years of age.  Apparently they were quick studies because their craftsmanship was amazing.  At another nearby picnic shelter, stonework is the star of the show. The CCC program only lasted about a decade, but it gave us so many little national treasures.  I see structures like these sprinkled in parks all over my home state of Washington, and I always find them intriguing.  Some are just restrooms, but they are the cutest and sturdiest restrooms you’ll ever see.

The best thing about these treasures is that they are accessible to all of us.   So next time you’re in a park, take a second look and see what little gem you find.

Want to learn more?  Check out these books.